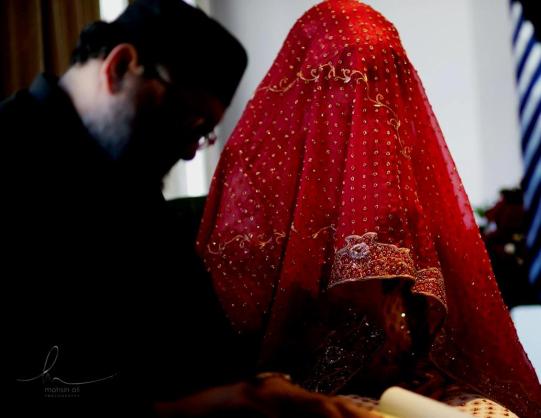 Under a crimson veil, a sanctuary since birth is left for an unpredictable world.

Under a crimson veil, a woman painfully, reluctantly leaves the girl in her behind.

Under a crimson veil; an irreplacable happiness dies, as a fragile one is just conceived.

Under a crimson veil, the tears of a stabbing sorrow are shed; quietly, ruefully, uncontrollably.

[A Marriage Sermon by Mirza Yawar Baig delivered at my cousin’s wedding.]

“And among His signs is this: He creates for you mates out of your own kind. So that you might find contentment (Sukoon) with them, and He engenders love and mercy between you: in this, behold, there are signs (messages) indeed for people who reflect (think!)” Qur’an 30:21

As I am sure most of you are aware, marriage in Islam is a legal contract. It is a contract between two people in the presence of witnesses the Best of whom is Allah Himself before whom this contract is made and to whom the ones making the contract will be accountable. It is therefore essential that they understand what they are contracting to do. I recited before you an ayah from the Qur’an where Allah speaks about the institution of marriage and mentions specifically three special features of the way He created it. He uses three critical words in this ayah:

The first word Allah used is the word Sukoon .

Allah said: And among his signs is this: He creates for you mates out of your own kind so that you may find Sukoon with them. So what is Sukoon? It is a word that we use in Urdu as well so I am sure all my friends who understand Urdu have an idea about its meaning. In Arabic, Sukoon is the opposite of Al – Haraka – or movement. In Arabic grammar the equivalent of the maatra on the letter is called Al-Haraka which tells us how the letter “moves” meaning, how it is to be pronounced. When there is a Sukoon on the letter it means that the letter remains as it is and will not move and will be pronounced in its original form.

Allah has used the term Sukoon as the first purpose of the marriage. He said that He creates mates for us so that we may find Sukoon with them. So that we may find contentment with them. So that we may find peace and tranquility with them. Not so that we now have a permanent sparring partner with whom to test our strength and show who has the upper hand. The first condition of the contract is that the spouses are undertaking to promise that they will henceforth lead their lives in such a way that they will make their companionship, their home, their being together and their support for one another a source of contentment and Sukoon for each other.